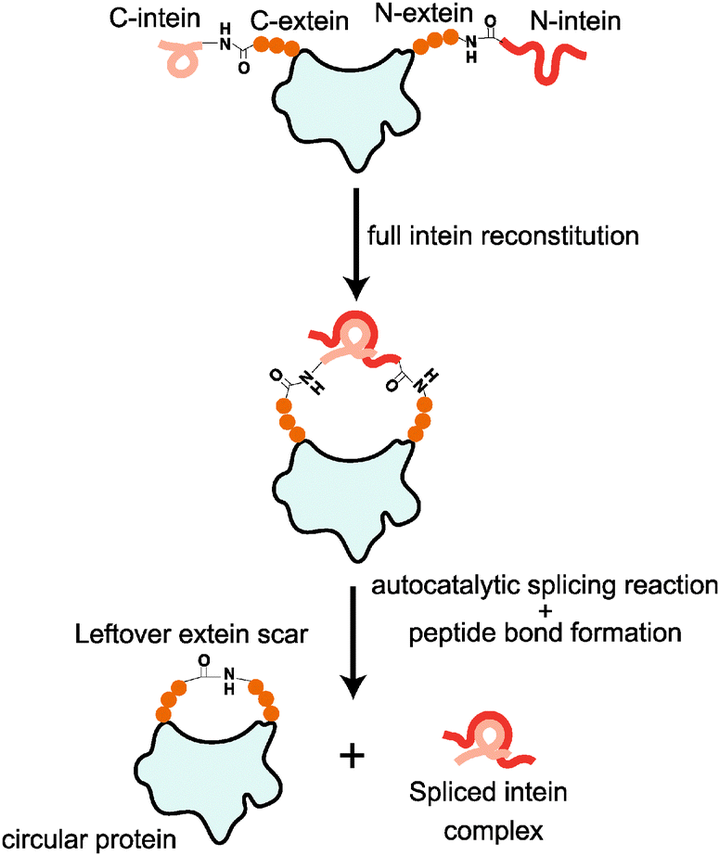 The activity of proteins is dictated by their three-dimensional structure, the native state, and is influenced by their ability to remain in or return to the folded native state under physiological conditions. Backbone circularization is thought to increase protein stability by decreasing the conformational entropy in the unfolded state. A positive effect of circularization on stability has been shown for several proteins. Here, we report the development of a cloning standard that facilitates implementing the SICLOPPS technology to circularize proteins of interest using split inteins. To exemplify the usage of the cloning standard we constructed two circularization vectors based on the Npu DnaE and gp41-1 split inteins, respectively. We use these vectors to overexpress in Escherichia coli circular forms of the Bacillus subtilis enzyme family 11 xylanase that differ in the identity and number of additional amino acids used for circularization (exteins). We found that the variant circularized with only one additional serine has increased thermostability of 7 °C compared to native xylanase. The variant circularized with six additional amino acids has only a mild increase in thermostability compared to the corresponding exteins-bearing linear xylanase, but is less stable than native xylanase. However, this circular xylanase retains more than 50% of its activity after heat shock at elevated temperatures, while native xylanase and the corresponding exteins-bearing linear xylanase are largely inactivated. We correlate this residual activity to the fewer protein aggregates found in the test tubes of circular xylanase after heat shock, suggesting that circularization protects the protein from aggregation under these conditions. Taken together, these data indicate that backbone circularization has a positive effect on xylanase and can lead to increased thermostability, provided the appropriate exteins are selected. We believe that our cloning standard and circularization vectors will facilitate testing the effects of circularization on other proteins.